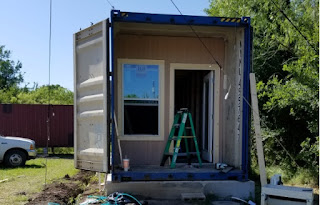 Over this past weekend, my builder Michael came over and we worked hard for 2 days to get this project done.  Now the second container, what we will now refer to as the Guest house is fully framed and ready for the next steps.  Next I will install electrical infrastructure, plumbing, insulation, and then cover the walls in some finishing cover.  Here are the pics, and some details of the weekend. 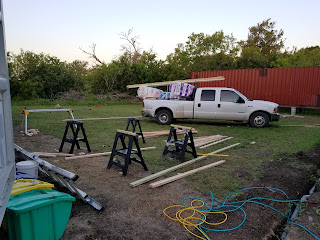 Here is the truck on Sunday morning.  We had worked all day Saturday, then went to get some dinner and after that another Home Depot run.  The truck has all the insulation, and a full truck of the rest of the wood that was previously purchased for this job.  It was a full load to say the least! 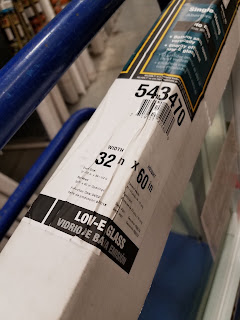 It turned out that the window I bought was the wrong size.  So in the heat of the commotion on Sunday, I ran to Lowes in Kyle, TX and got this one.  Instead of vinyl, it is aluminum, but that won't matter.  I love how large the window is though. 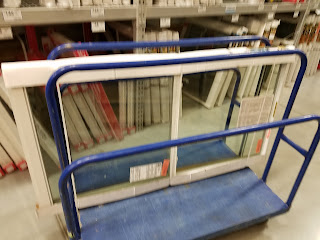 Here is a blurry shot of the window on the cart. 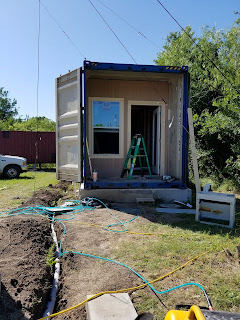 Once Michael got done with the framing inside, he finished the front wall for the door and the window.  Then we used Hardy Board to make it look a whole lot better than the OSB that we originally used on the first container's front wall. 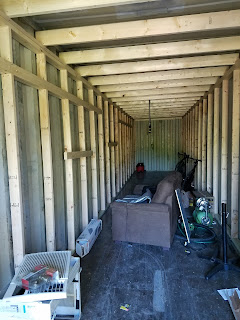 Here is the inside of the framed out portion.  You can see to the left that there is a unique portion in 2 spots front and back that are pre-framed for sliding glass doors that are 12 feet long.  I cannot, and I mean CANNOT wait to get that done.  But ironically, with that said, I will have to wait.  Dang it! 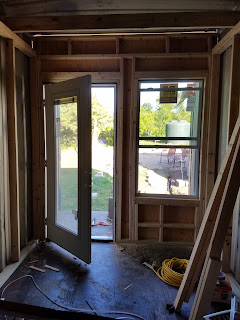 Here is the shot from the back of the front wall that is recessed just enough to have a porch and room for things like taking off boots, shoes, and seeing things down or whatever. 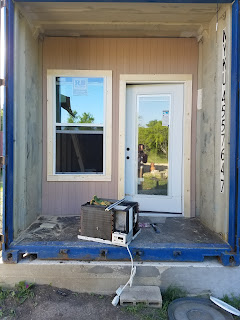 Since we took out the old wall/window unit A/C from the first container/House, I was in the process of moving it over to the Guest house, so here it sits in the picture.  I planned on using it in the window temporarily until the new A/C gets installed on this unit.  But I debate that, and have thought of taking that to the garage/office building instead. 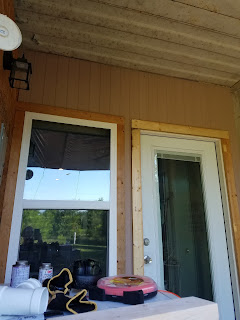 Since we did the Guest house in Hard Board, we also did the same thing with the Main house.  Here is a quick shot of the work.  This was also done to cover over the large hole that was where the window unit used to sit below the window.  Next I am moving the washing machine... somewhere else. 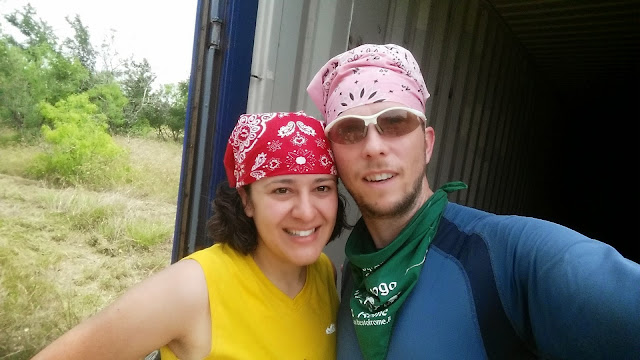 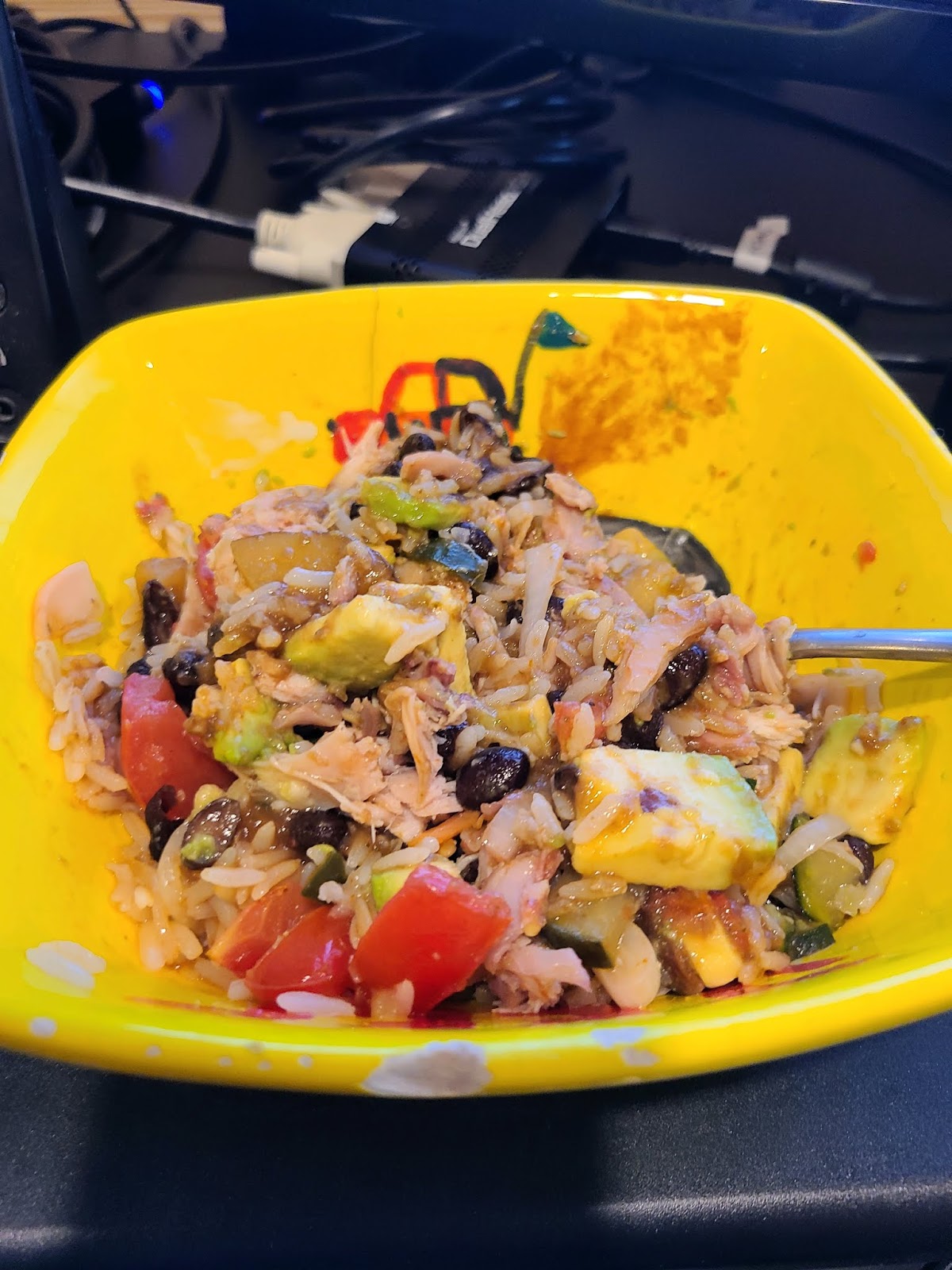